Why Frontline Management is Crucial to Organizational Success 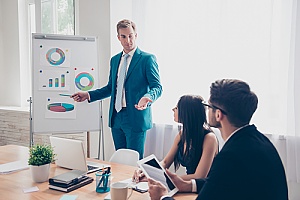 “There are no bad teams, only bad leaders.” That’s the title of a chapter from The New York Times bestselling book, “Extreme Ownership: How U.S. Navy SEALs Lead and Win” and it couldn’t be more true.

In the chapter, authors Jocko Willink and Leif Babin tell the story of a series of competitions during the infamous SEAL training Hell Week. The trainees were broken up into boat crews and raced over and over again, challenging not only their endurance but their team-building skills as well.

Two teams stood out from the start – but in two very different ways. Boat Crew II won almost every race while Boat Crew VI continuously lost. As a result of the losses, the leader of Boat Crew VI was visibly frustrated and the team’s morale was very low while both the leader and crew of team II were elated.

So the instructor decided to try something a little different.

He switched the leaders from the two teams, sending the leader of the losing team to the winning team and vice versa. The result? The team that had lost almost every race came out on top and the team that had continuously won came in second.

The moral of the story? It’s the leader who makes or breaks a team, not the actual team members. The same goes for leaders in business. So often we think of leadership as delegating tasks to those below you in the pecking order, but this example proves that leadership is a two-way street. 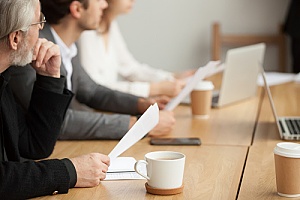 When we talk about leadership, we often focus on upper management: CEOs, COOs, etc. But the real make-or-break aspect of a team is the quality of its frontline managers. Without top-tier mid-level management, your company won’t grow. In fact, it will start to decay.

Here’s why: While upper management makes the high-level decisions that affect the company overall, frontline managers (as their title indicates) are the ones on the frontlines of:

A good frontline manager can incite quality work from employees. But a bad frontline manager can do a lot more damage than just not encouraging success. “You don’t like your boss” ranked number one on Fortune’s list of the three most common reasons people quit their jobs. And that’s extremely costly. Some estimates suggest it costs six to nine months’ salary to replace someone who has left the company – and in many situations, that could have been avoided if that employee had a better relationship with their frontline manager.

It’s a natural step in the process to make sure your upper management has the pedigree of a good leader. But the blind spot that affects so many companies is poor frontline management. You can’t just train your CEO on how to run a business – you need your mid-level managers to know how to navigate that two-way street. Smart HR’s Management Training Programs can help close off the blind spot so your frontline managers are making your business, not breaking it.

After all, there are no bad teams, only bad leaders.