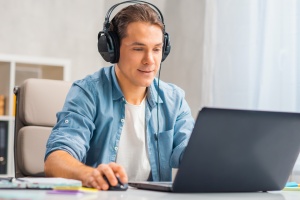 Whether an employer has always had employees in multiple states or more recently has an uptick in out-of-state employees working from home due to the Covid-19 pandemic, ensuring HR compliance with HR legal obligations is challenging and can put a heavy burden on HR departments. Non-compliance can lead to costly fines, penalties and even judgements against employers. Smart HR’s last blog for multi-state employers focused on some HR compliance issues relating to pre-hiring and onboarding of new employees and employee record keeping. This blog’s focus is on some of the many payroll considerations for multi-state employers.

If an employer has employees in more than one state, income tax might need to be withheld for multiple states. Sometimes the employer might need to withhold income tax for multiple states from the wages of one employee. What about employees who live outside the employer’s state and work in yet another state? HR compliance with payroll tax requirements for multi-state employers can quickly get very complicated. The general rule of thumb is to withhold income tax for the state in which services are performed or the “work state.” There is an exception when two states have a reciprocity agreement wherein the governments agree that residents only owe income tax to the states where they live, not where they work. Currently, there are 16 states and the District of Columbia where nonresident employees who live in reciprocal states don’t have to pay taxes to the state in which they work. For example, an employee who lives in D.C. but works in Maryland, two entities with a reciprocal agreement, can ask her employer to stop withholding Maryland taxes, and she’d pay taxes in D.C. instead. Alternatively, an employee living in Maryland but working in D.C. could request an exemption and pay taxes in Maryland instead.

Don’t forget withholding is not required at all for nine states that do not have a state income tax: Alaska, Florida, Nevada, New Hampshire, South Dakota, Tennessee, Texas, Washington, and Wyoming.

Failure to comply with a state’s tax obligations gets costly and can result in having to pay the tax obligations, penalties and interest. Some states assess penalties for each day of delinquency with interest accruing on the estimated taxes due for the period covered.

The federal minimum wage has remained $7.25 per hour since 2009. However, while federal lawmakers consider whether to raise the minimum wage to $15, many states have steadily increased their minimum wage above $7.25 per hour. Keeping up with the patchwork of minimum wage laws among states can be daunting for multi-state employers. As of 1/1/22, California has the highest state-wide minimum wage in the country at $15 per hour for employers with 26 or more employees and $14 per hour for employers below the 26-employee threshold. Some states like New York have different minimum wages in many of its cities and counties. As of 1/1/22, a $15 an hour minimum wage went into effect in three New York counties: Westchester, Suffolk and Nassau. The remaining counties in New York are required to pay employees at least $13.20 an hour, a $0.70 increase from last year. A $15 minimum wage for all workers in New York City went into effect two years ago. Effective 1/1/22, Seattle has the highest city-wide minimum wage at $17.27 an hour for most employers. 2022 will see 25 states increase their minimum wage over the course of the year.  Five states have not adopted a state minimum wage: Alabama, Louisiana, Mississippi, South Carolina and Tennessee. To further complicate matters, in some jurisdictions an employee need only work at least two hours in its jurisdiction to trigger its wage requirement. The key takeaway for multi-state employers is to identify all the locations where they routinely provide services, determine those locations’ wage requirements and ensure payroll is meeting those requirements. 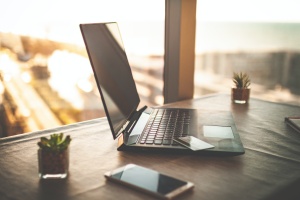 In 2020, the FLSA salary threshold for white-collar exemptions from overtime pay was raised to $684 a week ($35,568 annualized). In many states the exempt threshold is tied to the state’s minimum wage and is higher than the federal threshold. For example, in California, employees must be paid at least twice the state minimum hourly wage based on a 40-hour week to be considered exempt. As of 1/1/22, as previously mentioned, the minimum wage increased and is based on employer size. Employers with 26 or more employees must pay a salary of at least $1,200 per week to qualify for the exemption; employers with fewer than 26 employees must pay a salary of at least $1,120 to qualify for the exemption. Colorado, Maine, New York and Washington also increased their threshold effective 1/1/22.

Federal law allows employers to require their employees to receive their wages via direct deposit. However, some states, like New York, New Hampshire, Connecticut, Rhode Island and Vermont, do not allow employers to mandate direct deposit. Most employers want a standard payment process that applies to all employees for ease of administration. However, that may not be possible for multi-state employers. 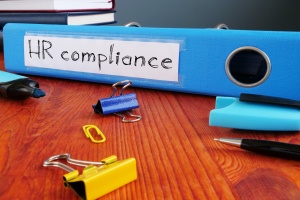 As you can see, something as seemingly straight forward as payroll gets very complicated for multi-state employers. Conducting research and trying to comply with laws in every state in which you conduct business can become overwhelming. When establishing pay practices for employees in more than one state you may find inconsistencies between federal and state laws. Remember one steadfast rule: when in doubt, comply with the law (federal or state) most generous to employees. When drafting your employee handbook and attempting to deal with varying regulations among states, it is likely easier to take an umbrella approach to HR compliance by basing your policies and procedures on the most stringent laws and applying them to all employees no matter the state in which they work. Employers handling payroll internally may consider outsourcing this function to alleviate the burden and headache of complying with payroll laws among different states. Have questions about your company’s payroll compliance? Get Smart HR and call today.