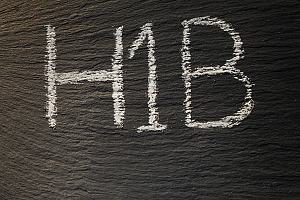 On October 8th, the U.S. Department of Labor (DOL) and Department of Homeland Security (DHS) tightened restrictions on the H-1B visa program in interim final regulations. The changes will make it more difficult for applicants to qualify for an H-1B visa and significantly more expensive for companies to sponsor them.

The H-1B nonimmigrant visa program was created in part to help U.S. employers combat labor shortages for positions requiring highly skilled or educated workers. Under the program, workers outside the U.S. could obtain a temporary visa allowing them to work in the U.S. for a specified period of time, thus allowing U.S. employers the ability to remain competitive in the global economy. Every year, the U.S. administration issues a total of 85,000 H-1B work visas. Of these, 65,000 are for people with specialty occupations, and the remaining 20,000 are reserved for those foreign workers who have earned a masters or higher university degree in the U.S.

Over the years, and particularly due to the current economic crisis caused by the pandemic, concerns have emerged that indicate the H-1B program is not working as originally envisioned and that U.S. workers are being adversely affected by the program. In June, citing the economic downturn caused by the coronavirus pandemic, President Trump signed a proclamation halting the issuance of temporary work visas including the H-1B visa until the end of the year. Last week, the interim final regulations were issued.

Changes to the H-1B Program 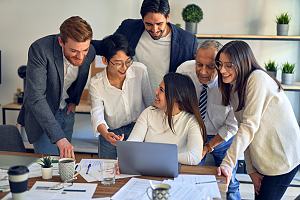 The new rules narrow workers who qualify for the H-1B visa based on their specific education. Prior to the change, workers with a college degree or the equivalent amount of experience could apply to work in what was known as a “specialty occupation.” Under the new rules, an applicant must have a college degree in the specific field in which the person is looking to work. For example, a worker with an English degree wouldn’t qualify for an H-1B visa as a software developer.

Under the new rules, it will be significantly more difficult for an H-1B worker hired by one employer to work primarily at a second company. The application for workers intending to participate in such an arrangement will receive more scrutiny, and the workers will receive visas that are valid for only one year instead of three as is the case with most H-1B visas. In this scenario, employers will have to file new applications yearly, increasing their costs. 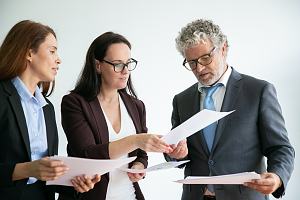 Anyone currently applying for a new H-1B visa or seeking to renew an existing one, will be subject to the changes. Employers looking to renew H-1B visas for workers should budget for a $30,000 to $40,000 increase in those workers’ wages. Employers should identify which H-1B employees are affected by these new wage levels and be ready to adjust them if, in fact, they fall below the new DOL prevailing wage standards. The Department of Homeland Security estimates that about a third of applicants who put in for H-1B visas in the past five years wouldn’t have qualified for them under the new set of rules.

It is challenging to remain legally compliant with employment laws under any circumstances, but in today’s environment amid the coronavirus pandemic, it is especially daunting. If you want to ensure your company is in compliance with rapidly changing employment laws, you may be a good candidate for a Smart HR compliance audit. Call today at (703) 952-3177 and inquire.