It’s no secret that the age-old practice of yearly performance reviews is on its way out. From astounding statistics correlating the traditional yearly review to less-than-positive results for major companies, to hundreds of young professionals leaving jobs to avoid their annual assessments, it’s safe to say that yearly performance reviews are largely becoming defunct. But how should it be replaced? Surely, we still need a system to both measure the performance of our teams and create a roadmap of growth and engagement for them, right? So, what other models are out there? 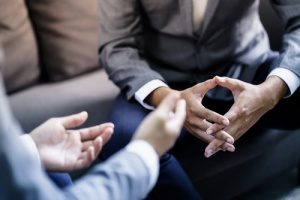 Deloitte, a global company with 200,000+ employees worldwide, set out to reinvent the way they approach performance reviews after tallying the number of hours the organization spent on performance management: an astounding 2 million hours a year. They also discovered that the current rating system produced data that relied more on the evaluator than it did on the person being evaluated.

In response, Deloitte did a complete overhaul, reframing the reviews to focus more on what the leader would do with each team member moving forward rather than how they would rate them on their past work. They started by identifying new goals for performance management overall. Here’s what they came up with:

Recognizing and seeing performance go hand-in-hand. Deloitte discovered that they needed to do both without relying on an innately unreliable rating system of peers. “People may rate other people’s skills inconsistently, but they are highly consistent when rating their own feelings and intentions,” wrote Marcus Buckingham, performance management expert, and Ashley Goodall, director of leader development at Deloitte, in an article for Harvard Business Journal in regard to the overhaul. “To see performance at the individual level, then, we will ask team leaders not about the skills of each team member but about their own future actions with respect to that person.” 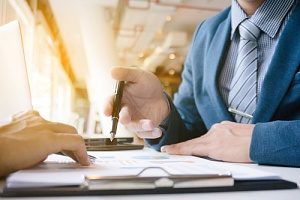 By pivoting the questions they were asking to move away from the skills of the person being evaluated and toward the feelings and intentions of the person giving the evaluation, they found that they received more accurate feedback. So, at the end of every project (or quarterly for long-term projects), Deloitte asks their team leaders to respond to these four future-focused statements:

Using the answers to these future-focused questions, leaders can directly move into conversations about promotions, improvements, etc.

The third and final objective naturally became to fuel performance. One way Deloitte did this was by implementing constant feedback by way of weekly check-ins with team leaders (as opposed to annual meet-ups), which had a direct effect on performance overall. However, recognizing that team leaders are very busy, Deloitte puts the onus on the team member to reach out to their supervisor for the check-ins. Coming full-circle, Deloitte found that a team member’s level of effort and commitment to the check-ins directly impacts their performance. 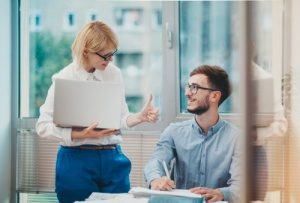 From pivoting the conversation toward the future rather than the past to making an effort to fuel performance, Deloitte is just one example of a company that is at the cutting edge of performance management. For more cutting-edge ideas and topics in the world of Human Resources, visit the Smart HR blog.